The world has shut down and everyone is homebound. On this Utkal Divas, Odisha Day on 1st April 2020, we need to join our souls, knit our families even stronger and resolve that we would do our best not to regress to the demeaning moniker of ‘poor state’. We are no more a poor state and Odisha’s Gross State Domestic Product (GSDP) has been projected to grow at 6.16% in FY20. This is significantly lower than the growth registered at 7.9 % in FY19. 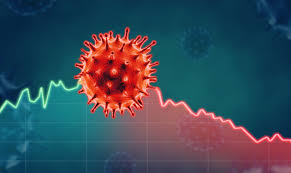 However, in the wake of COVID 19, FY20 & FY21 are slated to see a steep fall in growth. FANI has hit our economy and so has the mining & metal industry slow down and the slump in manufacturing. It has been a bumpy ride since 16-17, when the growth was more than 15%. FANI in 2019 led to a crop loss estimated to be over 1.52 lakh hectares of land spread over 14 cyclone-hit districts. The rural economy is mostly dependent on the cultivation of crops, even today. The state’s economy  was devastated.

While we grapple with about 6% growth in Odisha now, the next 24 months look challenging due to the aftermath of COVID 19. Aftermath, because I assume that the spread of the virus would be arrested by June, which leaves only half a year to limp back to work. As I am writing this, there are more than 1.5 Lakh Odia migrant workers marooned in different parts of India. After 2 weeks, if the lockdown is de-clamped and work resumes at their locations then they would be able to take care of their sustenance, otherwise they would continue in a jobless situation for at least a quarter. 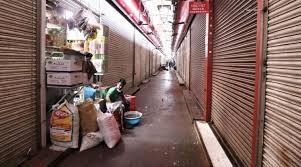 If they return to Odisha, desperately and which is a natural instinct, they would again take about a quarter to get used to farming in their villages – either own farmland which they had abandoned or as agriculture workers. Because by June – July I would not expect the mining, manufacturing and service sectors to bounce back to capacity engagement. They can’t because their business is undoubtedly and inevitably connected to the global economy. China is fast resuming business but this doesn’t mean that there would be immediate resumption of goods and services to be exchanged between China and outside.

Europe is so badly mauled that I don’t foresee a full-fledged, celebratory Christmas for it this year. IMF has already said that each month’s closure of the sectors is depleting about 3% GDP of Europe (average). If Germany’s economy is expected to hit a bad recession and output going down by over 5%, one can imagine about the other countries. 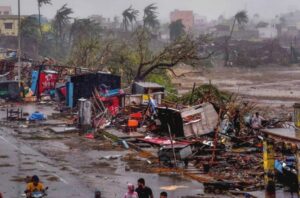 My reading, amongst all these uncertainties (with no idea of when the virus war would abate) is that for an economy like Odisha it would result in a U-shaped recession curve that would begin in the last quarter of this calendar year with a bit of slower decline but then will remain at the bottom for an extended period of time, till about 18 months before turning around and moving higher again. I am still in the dark. I don’t have answers to the basic questions – “When will it end?” and “How quickly will we recover?”. No one knows. We are fighting the deadliest battle of human history.

To arrest distress migration to other states, Odisha has planned a special livelihood package for four districts Bargarh, Bolangir, Nuapada and Kalahandi. The labourers would get increased wages under the National Rural Employment Guarantee Act (NREGA) and the loan from local self-help groups at no interest rate. We need to create more work immediately after the virus abatement to rehabilitate the workers under MGNREGA. They are landless labourers and so we can’t expect them to quickly sow their fields. Under the plan, the migrant labourers should get a daily wage of Rs 286.30 under NREGA instead of the earlier Rs 188 per day. They will also get an assured work 200 days in place of mandatory 100 workdays. Hence, there is a plan underway, hopefully, to design work creatively under MGNREGA and this should be expedited. 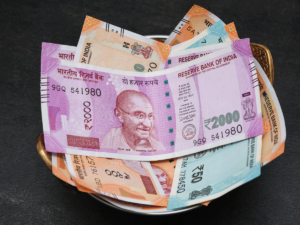 If we don’t engage labour then there is the bigger risk of moral bankruptcy across the state. The cost of labour for the real estate sector in places like Bhubaneswar, Cuttack, Berhampur, Puri, Sambalpur, Jharsuguda, Keonjhar and Rourkela would rise steeply. With petering out demand, the real estate sector would find it difficult to complete the projects. RERA should prepare itself with early policy and economic readiness to handle this situation which is almost imminent.

All eligible construction workers should be registered under Odisha Building & Other Construction Workers Welfare Board. It is planned to extend social security to them by providing them with marriage assistance, pension, education assistance and pucca houses along with other admissible benefits. But the time to do this has come. Without these systems in place, post-COVID 19, the situation might run out of hand. District level MIS and Central database at State level need to work to track migrant workers and ensure linkage with welfare schemes. 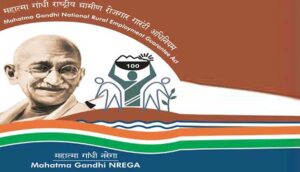 Today the linkages are weak. COVID 19, with everything frozen, would further deteriorate this. So, our online templates for working on the labour plans need not stop. The existing data on migration, for example, has not been saturated (data entry) so far. Without proper data records, no authority can help implement the schemes.

Our migrant population, engaged outside Odisha are mostly found in Mumbai,  Andhra Pradesh, Chhattisgarh, Gujarat, Tamil Nadu and Telangana. Nearly three lakh people (last year the numbers were less due to local engagements) from western Odisha migrate to southern states due to drought (less rainfall in 18) and ensuing poverty. Much of Odisha’s 7+% growth rate doesn’t come from jobs – organised or unorganised. So MNREGA would be an immediate dose for resurrecting the rural economy after COVID 19 paralysis. The state should operationalise the corpus fund of Rs 500 crore (which is planned) so that the workers would be paid their wages in time. Outstanding under MNREGA countrywide has been its undoing. 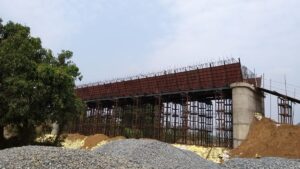 When industry, manufacturing, mines and services are left without business, we need to provide stand by to the rural economy through Livelihoods programs because Odisha today has a strong foundation of Self Help Groups (SHG) who get financial assistance from Community Investment Fund (CIF) and Vulnerability Reduction Fund (VRF). Any labourer in distress can avail the benefits of VRF but the state has to ensure that the labourers, who have lost everything are heard and their sufferings mitigated. Only then the schemes will be lively otherwise they remain good documents for libraries.

A famous phrase says that, ‘the cure is worse than the disease’? I don’t think that it’s just the coronavirus that kills people. This total economic shutdown will kill people.” That’s my paranoia. 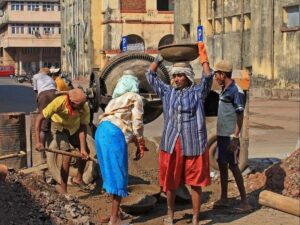 According to the Odisha Economic Survey for 2019-20, the state’s GSDP is performing at an average annual growth rate of 7.5 per cent, and this is a faster rate than the national average rate in the few years. But in this growth story, the contribution of industries sector has been about 40%, the service sector about the same and agriculture is approximately 20%. Under the present circumstances, it would be near impossible to provide the services sector with any supporting infrastructure. Without that the expansion of the services sector is impossible and so the potential to generate more engagement in the formal sector will be minimal. This will have a direct impact on our youth force’s employment opportunities. The tertiary education sector – the management and engineering colleges would face low demand or low placement.

The state has to provide extra incentives to startups and micro-businesses to enable youths to eke out their living. Otherwise, we could face social upheaval because we are talking about more than half of our population. NABARD, SBI and other PSU banks do always consider special drives but this time the other banks need to join the bandwagon. There should be instructions from the Finance Ministry. This could also help absorb the shock of decreased production, to some extent, in the manufacturing sector because there would be a worldwide sharp decline in demand. But a lot would depend on special packages, the easy bank interest rates, interest moratoriums, collateral management and staggering repayment facilities. 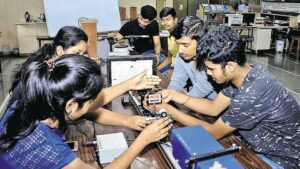 When we started in 1936 our financial state was painful. We received a grant of Rs 40.5 lakhs from the government of India and an additional non-recurrent grant of Rs 9.5 lakhs. Today the Gross State Domestic Product (GSDP) of Odisha is hovering around Rs 5,33,822 crore. We are one of the fastest-growing economies in India, despite us being under Climate Emergency. COVID 19 is also an emergency and we will emerge winners. Just that we need to plan out together, involve the civil society and give district-wise responsibilities to civil society organisations to work with the district governments in a more inclusive manner. 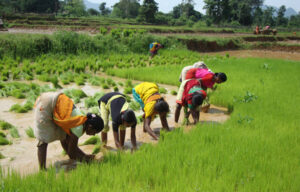 Many allied sectors like entertainment, hospitality & tourism would be in the doldrums. They are in danger of facing a negative growth rate. Social distancing would disable films, events, gatherings, travels and all kinds of social & group activity. Presently they are locked down. Our strength lies in our agriculture sector including fisheries (though it has not developed desirably) which has always stood by us. Let’s not neglect that. 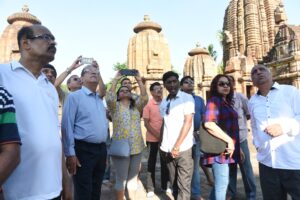 Amidst global house arrest, Odisha might seem a dot but for me, my state means my globe.

Join me in this petition to save Jharsuguda and its people from the hazardous pollution.

In Appreciation of Odisha Government.

Odisha – The Land Of God!

We will redirect to paypal for complete payment in 15s,if not please click here